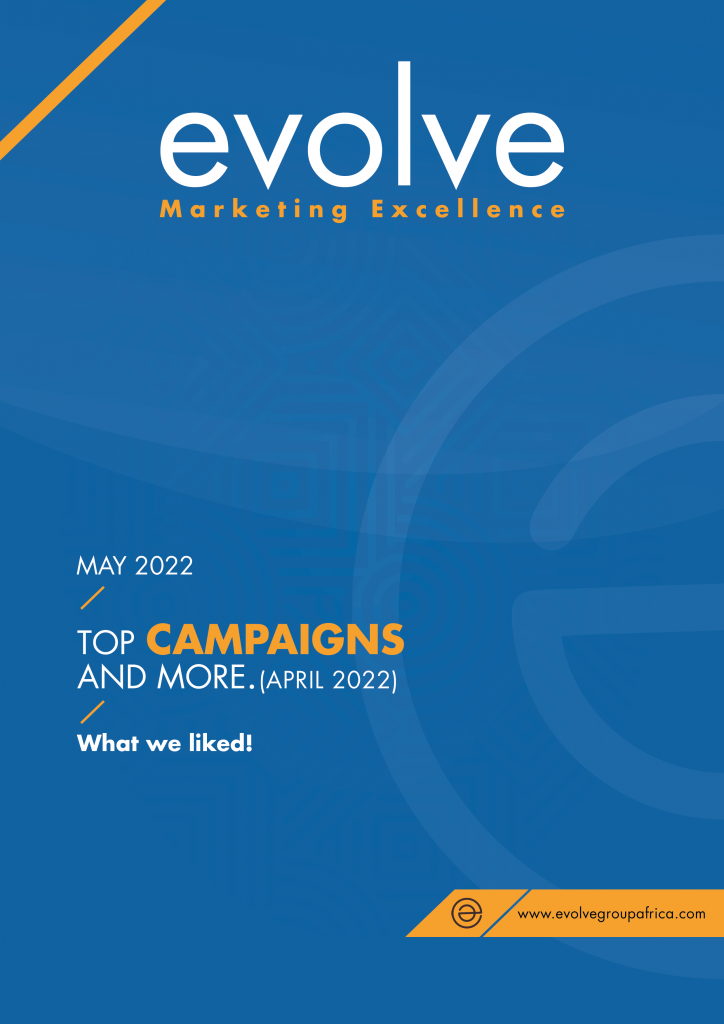 April 2022 was yet an exciting month on the Uganda Marketing calendar and as usual, we evaluated top campaigns and more that we liked based on the criteria below.

Events and experiential marketing remains a key aspect of the marketing function yet tricky to execute.

Guinness Black Shines Brightest a pan African campaign was launched last year and it continues to be scaled across the continent.

Uganda Breweries under its Brand Guinness took the lead sponsorship for the Fireboy Live in Kampala concert organized by Malembe Lifestyle an event-marketing outfit that is making major moves in event marketing. The same agency is also behind the highly successful Chike Live in concert on Valentine’s Day.

On 30th April, all roads led to the Cricket Oval as Ugandans flocked the Lugogo based venue to catch a glimpse of Nigerian RnB superstar Fireboy DML who was in Uganda for his maiden concert.

Guinness and Malembe Lifestyle did not leave anything to chance. The campaign idea, execution was planned to detail to with pop up activations at various city bars prior to event day to deliver the “show of the year.”

Starting the day with rapper Fik Famica and Zex, revelers had no idea of what awaited them in store.

In between the musical performances, several DJs including Spinny, Slick Stuart & Roja, and Masaka’s own DJ Suuna Ben kept the crowds on their feet.

As the night progressed, they were given a dose of hip-hop from Navio and a taste of Sheebah Karungi whose riveting performance left the crowd on their feet

No sooner had she left the stage than Fireboy appeared on stage in all his glory. Starting off with the people’s old-time favorites like ‘Vibration’, ‘Champion’, ‘Energy’, ‘Jealous’, ‘High on life’ among others.

Thanks to his extensive catalogue of hit songs like ‘Peru’, the Guinness Black Shines Brightest pan African influencer did not disappoint throwing a show stopping performance that gave Kampala revelers the definition of a party after a long time without massive concerts at the Oval.

Revelers where also given a taste of the Guinness Bright House experience, which included an engagement in Guinness flavor, rooms that saw revelers explore the Guinness premium liquid.

Kudos to Prudence Mutembei the Guinness brand manager, Malembe Lifestyle, Fenon Entertainment for the set up and all other partners.

We were wowed by the Marketing prowess during this campaign

For generations, Royco has been the key ingredient in preparing thick, flavorful and tasty stews.

The Easter campaign took an unconventional and disruptive manner with wives stationed at busy Kampala Roundabouts protesting against husbands who have abandoned homes in favor of eating out and spending their resources on “side dishes.”

This set Kampala ablaze with viral engagement on social media together with micro influencers pushing the Kameeza money agenda. This tactic generated top of mind awareness

The second phase had wives announcing a ‘Women’s Conference’ where the secret to a happy marriage would be discussed.

It was at the ‘Women’s Conference’ held on April 13th , that Royco was revealed as the secret ingredient to marital bliss.

The campaign launch climaxed with a cook out and tasting networking session where renowned chefs shared recipes on how to best cook with Royco.

To create customer engagement, Royco was to reward three lucky couples to an all-expenses-paid trip to the luxurious Lemala Wild Waters Lodge in Jinja for a two-night stay. The couple had to post a one-minute video while cooking with Royco via their Facebook accounts and tag Royco Uganda.

If the language of marketing is disruption, then `The secret is Royco` campaign was the buffet of talkability and viral marketing,

After a successful `Unmatched in Gold` campaign, Nile Breweries Limited re-introduced their miniature sized 330ml Club Pilsner bottles to the Ugandan market to further offer variety of choice in size and capacity for the beer consumer.

Dubbed `Club Shorty`, the cool sized bottle was announced on the evening of March 18th at the Shorties Night, an event held at Casablanca Lounge in Kampala.

The reintroduction of the Shorty comes months after the launch of new sleek and portable Club Pilsner Cans, which have been well received in the market.

With this, customers now have a choice between the 500ml bottle for a longer sitting, the 330ml bottle for a shorter period and if they want to carry their Club with them, they have a sleek can which fits perfectly in a pocket or pass.”

We liked the big idea behind understanding that a Club Pilsner consumer has unique lifestyle needs hence offering a variety of sizes and capacities to ensure they have a Club for every occasion.

The launch event was characterized by fun activities including photo opportunities via a 360 camera, trivia questions by the night’s emcee Crysto Panda where guests won Club branded merchandise and performances from Uganda’s top entertainers.

Johnnie Walker, the world’s number one Scotch whisky wants to inspire people to keep Walking towards a more positive future with the latest chapter in its iconic global campaign.

The brand’s famous Keep Walking advertising has been inspiring people around the world with a message of progress and positivity for more than 20 years and this latest chapter begins as the world gradually reopens after a difficult 18 months.

The global campaign that sees a series of local partnerships that will drive tangible actions that ‘walk the walk’. In 20+ countries around the world change-makers and artists like DJ Alok (Brazil), CL (Korea) and Alfonso Herrera (Mexico) will join forces with Johnnie Walker to help reinvigorate social spaces like bars, clubs and venues as the world begins to reopen.

Johnnie Walker Uganda launched the much-anticipated Walkers’ Campaign Code named – ‘To the ones Who` this April.

The campaign was launched with a symbolic walk from Capital Shoppers Nakawa to Thrones Lounge located along Bandali Rise in Bugolobi. The walk signifies the everyday steps and leaps that the youth today have taken and keep taking in their bid to change and shift in culture.

During the launch, rapper Navio was unveiled as the National Walker for Uganda. Navio will flank Grammy award winning artiste Burna Boy who was announced as the Macro Walker and the Pan African face of the campaign months back.

The launch also marked the beginning of the WALKERS NATIONAL TOUR that will be characterized with upbeat exciting premium experiences in other cities like Mbarara, Jinja, Mbale, Masaka , Gulu, Arua and Fort Portal.

Uganda Needs More of You, is a campaign that seeks to showcase, celebrate and recognize outstanding Ugandans through submission of transformative stories to get financial support at end of the campaign

Launched on, 7th March 2022, by Airtel Uganda, the campaign will require participants to share stories of how they have utilized technology to positively impact the lives of others.  The submissions are done through the Airtel website airtel, SMS (162) or by calling 162.

The submitted stories are to be judged by a panel of judges and voted on by the public using the Airtel website or SMS.

On launch, stories including the story of Mr. Dickson Mushabe, who founded the Dolphin Fund, a unique crowdfunding website through which Ugandans are raising funds to support nobel causes within their communities, and one about Dr. Davis Musinguzi who founded Rocket Health in the health sector which unlocked the power of telemedicine to save lives in many places were cited.

Uganda Needs More of You Stories is being broadcasted on select media houses, online and offline channels including billboards.

We liked the big idea of celebrating transformational Ugandans, submission of stories by masses which creates engagement and great execution of heavy media buy both offline and online channels