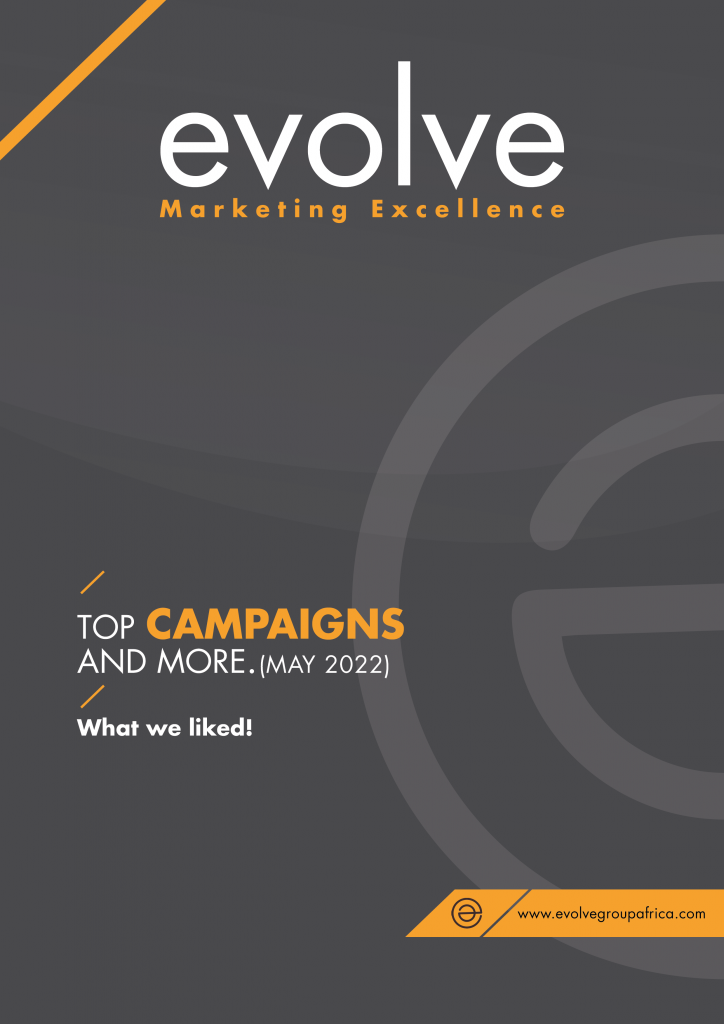 May 2022 was yet a good month for the Uganda Marketing space. Our monthly evaluation was based on the criteria below.

Uganda’s telecommunications giant never disappoints when it comes to marketing. The 4th edition of  MoMo Nyabo Waaka ranks No.1 on this list.

MoMo promotion is meant to celebrate the resilience of MTN customers, who despite the two difficult years of lockdown continue to hustle to make it.

Launched on May 7th under the theme MoMo Nyabo Waaka, MTN promised to reward prizes worth over 2.5 billion shillings to be won by over 16,000 MTN MoMo customers and agents across the country.

Customers only need to deposit Ush. 20,000/- or more on their MTN Mobile Money accounts to stand a chance to win prizes including 24 brand new Toyota Succeed cars, and mobile money worth Ush 1,600,000,000/-.

Three lucky customers have been winning  Toyota Exceed every week while 2,000  winning Ugx 100,000/- mobile money every week for 8 weeks.

Over 5,000 MTN Mobile Money agents countrywide, who excel in their business performance to get mobile money over the period of the promotion. What an offer!

An experiential  and smooth launch was held successfully followed by countrywide activations starting with markets around Kampala Centra business district on the same day.

The TV commercial was smooth with a rich yet playful storyboard to deliver the message easily.

Billboard across the country, Radio and TV advertising followed. The campaign became popular when weekly rewards were started.

This was excellently executed. Kudos to agencies including Swangz Avenue for the best TV commercial so far, Talent Africa for the launch execution, TBWA Uganda, and everyone behind this amazing campaign.

A creeping social media hashtag #OneStepCloser has been gaining popularity in recent months without being linked to any brand.

This raised talkability when Stanbic Bank Uganda unveiled it as the lender’s new brand campaign aimed at rallying Ugandans to pursue their dreams and rebuild their businesses after the pandemic.

The #OneStepCloser campaign aims at reassuring Ugandans that no matter what they have been through, they shouldn’t give up on their dreams and that every effort they invest helps them to get closer to achieving their bigger goals.

The brand campaign was aimed at cheering Ugandans to believe and not to give up on their dreams with Stanbic Bank as their partner.

Stanbic Bank has over the years used story telling as a key tool to deliver outstanding campaigns.  This story was placed in context of the country  having returned from nearly two years of a pandemic induced lockdown. The economy was half at work with critical sectors such as education, and entertainment, own, this affected businesses with many losing revenues while others closed entirely.

The campaign was executed with both below and above the line initiatives that made it highly popular.

This was marketing supremacy by Uganda`s top most bank. We liked it.

No. 3 was the 2022 Hip-Hop awards held on Saturday, 28th May 2022 with the aim of recognizing accomplished hip-hop artists, will also uplift virgin talent through the MTN Pulse Cypher challenge.

The MTN Pulse Cypher allows new and undiscovered talent to showcase their abilities in an online Hip-Hop rap battle which has been elevated to another level. The winner of the MTN Pulse Cypher took home UGX2million, while the second and third walked away with UGX1.5million and UGX1million respectively.

It is based on these submissions that judges selected the top 10 contenders who faced-off in the MTN Pulse studio that later informed the choice of the top 5 finalists.

The  2022 awards took place at a glamorous gala executed by Talent Africa Group.

This life insurance policy was designed to help families plan for the financial needs faced during the loss of  loved ones who are either members or immediate member of a family.

The policy caters to funeral expenses and other paybacks to help families navigate the unexpected hardships that arise during times of loss and grief.

These two brands identified a big problem  of a very low uptake of insurance in Uganda, with even lower statistics when considering life insurance.

Through partnership marketing, Prudential and Absa Uganda shall expand the Bancassurance offer towards ensuring that more Ugandans are insured as part of the drive to deepen financial inclusion in the country. We surely liked that.

The launch was executed simply with visibility of both brands coupled with other various tactics that made it excellent.

At no. 4 was the  unveiling of the new iconic look for sparkling lemon-lime flavored soft drink Sprite in a clear polyethylene terephthalate (PET) plastic bottle packaging by Coca-Cola Uganda was among  key product launches we liked in May.

This shift from its iconic green bottle means more Sprite bottles can be collected, recycled, and reused to make new items – a move that is part of The Coca-Cola Company’s World Without Waste vision, which targets to collect and recycle the equivalent of every bottle or can it sell and use 50% recycled content in all its packaging by 2030.

This launch promotes the sustainability agenda which is a key element of the Cocacola business.

The launch that included various tactics including experiential, influencer marketing by an army of micro influencers, product testing made it out of the ordinary.

We also liked the big idea of clear PET plastic contributing towards economic empowerment as it will contribute to enhanced income for waste reclaimers in Uganda who depend on collecting and selling packaging waste for a living together with polyethylene terephthalate (PET) plastic bottle packaging being an assurance to environmental sustainability that many brands are struggling to implement.

Kudos to  the Marketing brains and partner agencies  for pulling off this amazing launch.